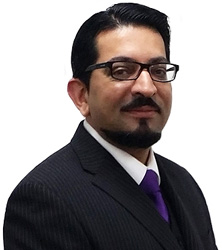 TV is still a great way of reaching mass audiences quickly. Driving to the web is a mainstay of the new version of DRTV. A poorly executed creative can compromise a well planned and executed media schedule. The philosophy of detailed response orientated planning, buying and analysis of TV is vital

Ranjit Dhillon is an award winning and highly experienced Online Director, with a proven track record of driving an online business through effective and cost-efficient traffic generation, and multi-channel acquisition strategies.

An entrepreneurial, results-oriented individual with excellent interpersonal skills, and the ability to engage effectively with key stakeholders at every level within an organisation and achieve planned performance outcomes, including substantial traffic and revenue generation.

{ A strong creative is imperative! }

Universe
The total number of people who could potentially see a program or spot. For example, the Adult Universe for the UK could be 49,000,000.

TVR
Stands for Television Rating or ‘Rating’. This can be defined as a numeric expression of the % of the potential universe watching an ad spot or programme. For example a spot went out on C4 at 1210 yesterday generating 0.1 Adult ratings. This is the currency we use to trade TV.

Audience
TVRs can be bought against a variety of different audiences. DRTV is generally traded on an ‘All Adult’ audience as it is the broadest and therefore the most cost effective way of generating response. Some other audiences include Housewives with Kids, ABC1 Men and Kids.

Second Length
The length of an advert. Industry standard is 30” and all other lengths are either a fraction or multiple of this. For example, a 60” ad will cost twice as much as a 30” a 90” 3 times etc. A reduction to 20” is not pro-rata (0.8) so it works out more expensive per second of airtime.

Cost Per Thousand: Or CPT
This is the monetary figure that media buyers apply to ratings to work out the cost of the airtime. It literally means the cost of buying 1000 impacts. So, if you we were buying 30” airtime at a CPT of £2.50 on the above spot you would use the formula below to work out the value:

Macro
Commercial Terrestrial TV stations are split up into a number of regions that together cover the whole of the UK. However, the 3 commercial stations (ITV, C4 and C5) are split up to different geographical boundaries. Each Macro will have its own Universe.

Daypart
The TV day is split into a number of time based sections. They run from:

DRTV airtime traditionally runs between 0600 & 1724. This is normally the cheapest and most responsive airtime in a channel’s day.

Coverage
This is the total % of the target audience ‘covered’ by a campaign. It can also be defined as the number of unique viewers you have attained within the course of a campaign. It is worked out mathematically:

When this is expressed as a % of the total universe we have the % coverage.

Frequency
This can be defined as the number of times a member of a chosen audience we will see the ad during the course of the campaign.

BARB: Broadcasters Audience Research Board
This is the research body that determines how many people are watching a particular spot or programme. It is based on a 5,300 strong panel across the country that is representative of the entire UK populace. They will estimate how many impacts/ratings a spot will have using a combination of Year on Year comparisons and 4 weeks of data prior to the air date of an individual spot. Accurate data on a spots actual level of impacts comes out 9 days after a spot goes live – this is known as consolidation / consolidated data which includes PVR playback.

Clearcast
…are the self-regulating body that controls TV output. An ad cannot run without Clearcast approval. It is normally creative and production agencies that deal with Clearcast but we do, on occasions get involved.

Approval
Once a plan has been signed off we have to confirm the bookings with the saleshouses in question. This will normally occur in the form of an e-mail supported by a verbal confirmation. It will always include the Spend, the daypart, the second length, the date range, the CPT. It will sometimes include other variables such as day of week, call centre hours, film number and other restrictions.

Reconciliation
This is a verbal and written communication that occurs once monthly (usually) between a media agency and a media saleshouse. It will involve taking the final delivered impacts (and consequent monies) and comparing them to the initial approval. Any deficit will normally be returned in airtime value in the following month’s activity. It is not common practice to get payback in a cheque format. If the delivered value is higher than that approved it can also impact on future campaigns as this, in most cases, will need to be paid back to the sales-house.

Sales-house
There are a number of sales points in the UK. The main terrestrial channels are sold by ITV, C4 and Five. The satellite (digital) channels are split via a number of sales points including the aforementioned who sell their own brand extensions e.g. ITV = ITV2, 3 & 4, C4 = E4, More4 & Film 4… Sky Media are the largest digital sales house in the UK, currently selling in excess of 100 channels

Film Number
Sometimes, also known as a clock number. Each variable of a commercial (including different telephone numbers) will have a unique film number. This is what is approved by the regulatory bodies and this is what is tracked by the BARB system. Without a film number an ad cannot air.